The two species can often be confused but the Bontebok tends to have much more white on the face, rump and legs. The white blaze on the front of the Bontebok’s face and head is quite prominent and tends to merge. Bontebok ewes and rams like to form separate herds. Lying up during the hotter part of the day, hunting times for Bontebok are early morning and late afternoon, their preferred feeding times.

Bontebok have been on the endangered list but game ranching in Southern Africa has brought Bontebok numbers back to a level where sustainable hunting is possible.

As with the Bontebok’s cousin, the Blesbok, hunters can use their favourite deer rifle when hunting Bontebok. Calibres like .270, .308, .30-06, 7mm or any of the .300 magnums using good quality partition or bonded  bullets of 150 grains,  give excellent results for the longer shots that may be required on the plains. As with any hunted species, the point of aim is paramount. Your Professional Hunter can be relied upon to advise you as to the correct point of aim. 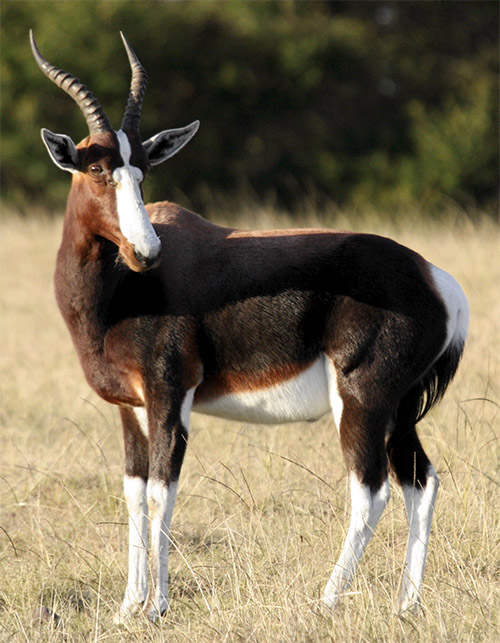